Onslow is a fictional character in the British 1990s comedy series Keeping Up Appearances portrayed by the late Geoffrey Hughes.

Onslow is a lower class relative of the social-climbing snob, Hyacinth Bucket (pronounced bouquet). He is married to Hyacinth's sister Daisy; their surname is never mentioned.

They live in a run-down council house with Daisy's promiscuous sister Rose and senile father, who is simply referred to as Daddy. Onslow owns a dog, who lives outside in the rusting carcass of a Hillman Avenger in the front garden. The character Onslow was based on the series creator, Roy Clarke's, daughter Alex "Onslow" Wilson, who is the polar opposite of the character featured in the programme. Clarke stated in a documentary part of the BBC Comedy Connections series, that Onslow is his favourite character.

Onslow is everything his sister-in-law Hyacinth despises, and threatens her social-climbing efforts (though they do interact in nice ways toward one another: kissing - though accidentally - in The Father Christmas Suit, and dancing together in Sea Fever). He is an overweight and unemployed man who earns his money through betting on horses, spends his time drinking beer, eating crisps and smoking cigarettes, and watching television. On many occasions he watches horse racing, and one of the repeated elements of comedy is his method of operating his ancient TV set by banging on it. Onslow describes himself as "work-shy, bone idle, and out of condition" and has been known to ponder "the inconvenience of working." Whenever Onslow is unpleasantly surprised by something, such as running out of beer or being insulted, he usually retorts with his sarcastic catchphrase, "Oh, nice!" He habitually wears a baseball cap with the FH logo of New Zealand earth-moving and road construction company Fulton Hogan. Onslow is, however, able to "clean up" nicely, wearing more formal clothes, on occasion (The Christening, Onslow's Birthday, and Sea Fever (a white tuxedo!)).

Although he watches television endlessly, Onslow also reads substantially, especially in the bedroom (where he never changes out of the usual vest and jeans he wears throughout the day), and considers himself something of an intellectual. Onslow is surprisingly well-read and frequently raises technical or philosophical issues in normal conversations. He is seen many times reading The Principles of Condensed Matter Physics, Life Among The Primitives, A Brief History of Time, The Financial Times, and The Racing Post. He also watches Open University programmes. During the Christmas special titled "Sea Fever," in which Daisy and Onslow win tickets for the QE2 in a newspaper competition, he mentions to Daisy an idea about the universe being full of black holes and muses over the paradox that light can be simultaneously a particle and a wave.

He also often proclaims nihilistic and atheistic views about life and the universe, believing them to be "meaningless." Onslow is more interested in such intellectual pursuits than in having sexual relations with wife Daisy. His unromantic and blunt behaviour towards his wife contrasts to her romantic behaviour towards him, creating some of the show's humour.

Onslow is also a football fan, presumably of Everton as he comes from Merseyside, and dislikes Liverpool F.C. – so much so that he felt ready to divorce Daisy when she revealed on their honeymoon that she supported Liverpool (Let There Be Light). He also shows patronage towards the United States' National Football League, wearing a Green Bay Packers shirt in a series 5 episode.

Daisy is the wife of Onslow. Whenever his wife attempts to seduce him, he often responds with excuses ("I've got a headache.") or will ask her to make him food ("Any more bacon?"). Despite their lack of intimacy, the couple do appear significantly closer than the long-suffering Richard and the domineering Hyacinth.

When Hyacinth is on one of her many missions to impress upper-class people or neighbours, it is always Onslow (with either Daisy, Rose, or "Daddy" or all of them at the same time; "Daddy" is a rarity, and Daisy and Rose are more common) who turn up in a clapped-out Ford Cortina that backfires loudly every time it starts or stops, embarrassing Hyacinth, crushing her hopes of creating that perfect impression. Not surprisingly therefore, Hyacinth both fears and detests Onslow despite the fact he's a gentle, friendly character and gets on well with everyone else.

Onslow has a particularly strong rapport with Hyacinth's long-suffering husband, Richard (he usually calls him "Dickie"), and on one occasion rescues Richard from the demands of life with Hyacinth, taking him to a nearby pub. Onslow sympathises with his brother-in-law as he has a good idea how difficult life must be living with the protagonist.

Throughout the series, Onslow is unemployed and makes his income betting on horses. The show never mentions what his career is, nor if he may be retired, laid off, or fired from a job. 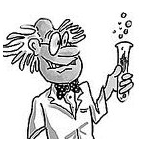